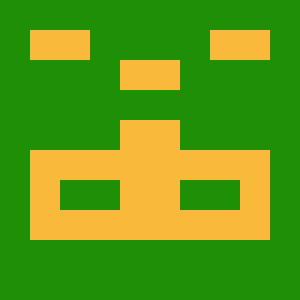 There is a Freight Transport Driver Shortage

According to the American Trucking Associations, by the end of this year, the trucking industry will be short 48,000 drivers. And by 2024, that shortage is expected to reach 174,000 drivers. The shortage is a vise around the industry’s neck. Some fleets, including Chattanooga-based Covenant Transport and U.S. Xpress, have struggled at times to put drivers in seats.

And without enough drivers, company trucks have at times sat unused and unprofitable. Trucking companies have continually upped driver pay, sign-on bonuses and home time for drivers and new recruits, hoping to win workers from other industries and retain the drivers they already have — which has proven nearly as difficult a task. Retention rates at large carriers are dismal, according to the ATA. Turnover rates, however, average in the mid-to-high 90 percentile. With an average driver age of 49, the trucking industry is currently losing two drivers to retirement for every one driver it gains.

Sara Duffy, recruiting manager at Dalton, Ga., for-hire carrier Rosedale Group, said in October that as the driver marketplace becomes increasingly competitive, she must make a job at Rosedale worth more than a job at other companies. “We have actually raised our pay a couple of times,” she said. “You have to keep your pay current. If you’re aiming for a certain caliber of drivers, you have to pay accordingly.” This year, the annual average truck driver’s salary rose to $73,000, according to the ATA. Most large carriers can afford to offer competitive wages. Chattanooga-based U.S. Xpress, for example, has been a pioneer in upping driver pay since the onset of the shortage. A year ago, the company raised driver pay 13 percent, and company leaders have continually adjusted pay and bonuses to fill the fleet. But the shortage and the wage war is particularly hard on smaller carriers, the ones competing on shoestring budgets with big money. And they do it while facing increasing expenses — driver salaries make up roughly 34 percent of motor carriers’ operating costs. “The little guys are finding it harder and harder to exist,” said Chuck Clowdis, managing director of transportation at IHS Economics, a global financial consulting firm. “A guy running seven trucks, unless he’s got a really tight operation and has assured, dedicated freight on ends, it’s tough.”

The large carriers, thanks to their resources and state-of-the-art equipment, snatch up the experienced drivers with clean records, and leave the smaller carriers to offer what money they can to whomever is left — in some cases, to drivers like Brewer who might be disqualified from driving at other companies because of prior drug charges. Brewer was hired at Cool Runnings Express in London, Ky., — a company with three trucks — the same day he set out on a round-trip run to Florida that ended three days later with six dead in the crash on I-75 in Chattanooga. “There are a lot of guys out there just like this character,” Clowdis said of Billy Sizemore, the owner of Cool Runnings. “He’s not going to hire a consultant to help set up his DOT files and ensure it’s all in order. He can’t.

If the guy can get the damn truck started and can back out of the driveway, ‘Take it to Florida!’ And that’s sad. Because look what it did. It changed the lives of a dozen or so families.” Cool Runnings Express is taking its share of heat stemming from the Chattanooga wreck. In a lawsuit filed in federal district court in Tennessee, John Stanley, injured in the June 25 crash involving Brewer, accuses Cool Runnings of negligence for employing a driver who broke federal truck laws and operated his rig unsafely. Cool Runnings is directly implicated in Stanley’s lawsuit, as Brewer was acting on the company’s behalf at the time of the wreck. Stanley’s suit also casts responsibility on Cool Runnings “because it negligently, carelessly and recklessly hired and retained defendant Brewer when it knew, or should have known, that defendant Brewer posed a risk to the driving public.” Stanley is suing Cool Runnings and Brewer for $1.5 million.

The estate of the late Brian Gallaher, the Ooltewah band teacher killed in the June 25 crash, also names Cool Runnings and its owners, the Sizemores, in a federal lawsuit. In court documents, Gallaher’s estate claims Cool Runnings is guilty of negligence because the company “hired and entrusted its semi-truck and trailer to the defendant Brewer when they knew or should have known [Brewer] was either unskilled, improperly trained, not qualified to operate the tractor and trailer he was hauling at the time of the accident and/or was a danger to the roadway.”

The suit also claims Cool Runnings failed to properly inspect Brewer’s driving background and employment history, and perform proper, pre-employment drug tests. Gallaher’s estate is suing Cool Runnings and Brewer for $11 million. Nationally, many trucking companies appear to be turning away drivers with questionable backgrounds. Motor carriers turn away roughly 88 percent of driving applicants because they’re unqualified, whether for health reasons or prior drug use, according to the ATA. So the labor market shrinks. And there’s no immediate relief in sight.

Trucks currently carry roughly 70 percent of the nation’s goods and collect around 80 percent of freight transportation revenues, according to Bob Costello, chief economist at the ATA. He predicts freight tonnage will increase by almost 33 percent in the next 11 years, with motor carriers transporting most of it. To keep up with demand, trucking companies will have to hire a total 890,000 new drivers during the next 10 years. All factors combined — the lack of commercial drivers, increasing demand for freight movement and a failing interstate infrastructure with no permanent fix in sight — the outlook is troubling.

“How is freight going to move?” asked David Parker, president of Chattanooga-based Covenant Transportation Group. “Because if it’s going to take more trucks, they can’t get more drivers to drive the more trucks.” One divisive proposition is to lower the interstate commercial driver age to 18, from 21. Some motor carriers and trucking school administrators believe the trucking industry is missing out on potential high-quality, long-term employees because it must wait on them to reach 21 — and by then, many have settled into a career, are finishing college or have started a family. But many motor carriers also believe lowering the driving age is a recipe for disaster.

Those firms seek alternative ways to win over workers, starting with changing the way the trucking industry is seen by non-truckers. By-and-large, however, the primary recruiting methods motor carriers rely on are still the pay and job security trucking offers, both of which are greater at the entry level than most other industries, especially those requiring minimum education.